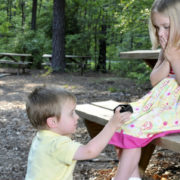 I know a couple in their early 90’s. For over 30 years, they have identified themselves to friends, family, and the community as “Mr. & Mrs.*”

Mr. & Mrs. recently asked me to help them with the sale of their home. When I looked at their current Deed, there were two names listed, but they did not share a last name. Of course, I inquired as to whether Mrs. had changed her name at some point, including after the house was purchased. Mrs. told me that she had never changed her name legally after they were married.

After some additional inquiry, Mr. & Mrs. stated to me that they are common law spouses. They told me that they were wed in a ceremony performed by a friend, who was not an actual, registered officiant, and never obtained a marriage license. I found myself in the unfortunate position of needing to explain to them that while they are a loving, committed couple, Mr. & Mrs. are not actually married within the Commonwealth of Massachusetts.

Mr. & Mrs. do not have any of the legal protections offered by the Commonwealth for married couples. Sadly, they both appeared surprised by and unprepared to handle the reality of their prior decisions.

This situation is not all that uncommon, especially among individuals who want to preserve existing entitlements or pension benefits; however, there is a way to protect yourself without getting married: Massachusetts recognizes Cohabitation Agreements, which outline how legal, personal, and financial matters will be handled if the couple breaks up or a partner dies. Similarly, some basic estate planning may also resolve some of the legal issues that committed couples, who are not married, face.

As always, please feel free to contact me if you have any questions about this or anything else.
* While this article refers to “Mr. & Mrs.,” the term is being used generically to include both the traditional marriage arrangements, as well as “Mr. & Mr.” and “Mrs. & Mrs.” 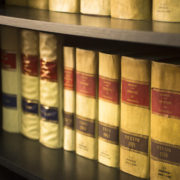 2015 has been a landmark year of growth for my practice. As we end this month focused on giving thanks, I want to say  “Thank You” to some special people. 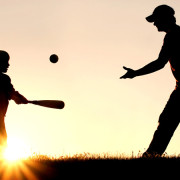 I remember when we brought our first child home. It was a time of joy, excitement, and very little sleep. We were fortunate that my husband was able to take a week or so off from work. I remember feeling a bit envious we my husband returned to work, but only because it meant that I would volunteer to do feedings after midnight, so that he could be relatively “awake” when he went to the office.

Starting in April, 2015,  new fathers will have an opportunity to take up to eight (8) weeks of paternity leave. Massachusetts General Laws 149, Section 105D, as amended by St. 2014 c. 484 provides eight (8) weeks of paternal leave for the purpose of giving birth, placement in the home of a child under the age of 18, or the placement of a child under the age of 23 if that child has mental or physical disabilities.

The newly amended law provides an amazing opportunity for all fathers. The men that I have spoken about this with have told me that they would be unlikely to take such a significant amount of time off from work; however, they seemed excited that it would give them potential flexibility.

Fathers must satisfy simple criteria to qualify for paternal leave. First, the father must have worked at the company for at least three (3) months or the probationary period of employment. Second, the father must tell the employer of his anticipated departure with at least two (2) weeks notice and his expectation to return.

Of course, there is are exceptions within the new law. The most significant areas of concern are relate to the work environment and are intended to protect the employer. The size of the company dictates whether the new father is able to take advantage of the new law. Similarly, where both parents work for the same employer, the total time of leave is limited to eight (8) weeks.

As my grandmother always says, “A new baby to love is always a good problem.” Under the new laws, new dads have a baby to love and can now decide whether they want to take more time to love that baby from their home. I think that my grandmother would consider that an excellent problem.

Please feel free to share this post with anyone who may be interested. Receipt of same is not intended to offer specific legal advise or create an attorney-client relationship.